Get fresh music recommendations delivered to your inbox every Friday.
We've updated our Terms of Use. You can review the changes here.

The Most Dangerous Woman in America 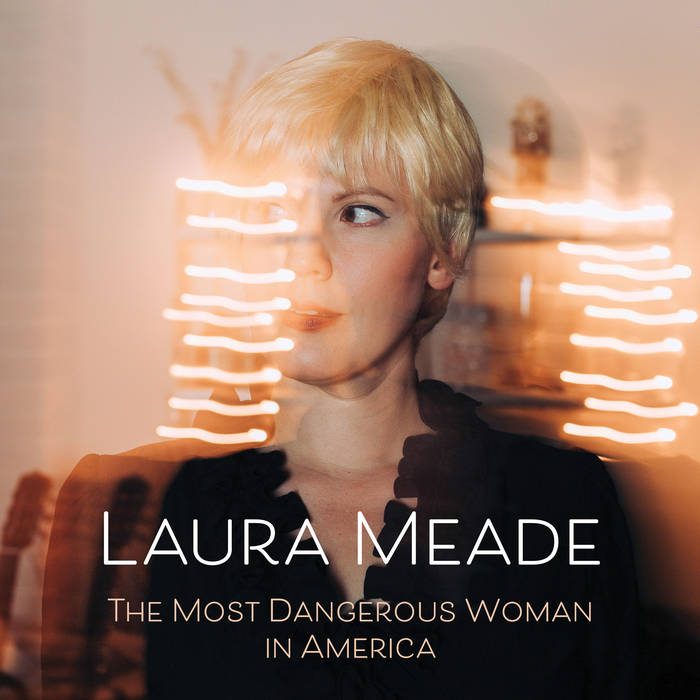 Laura Meade’s new studio album, The Most Dangerous Woman in America, due on May 21, 2021 on Doone Records, marks Meade’s follow up to her solo debut, 2018’s Remedium and 2019’s Don’t Panic with New York progressive rock septet IZZ.

The Most Dangerous Woman in America, co-written with IZZ bandmate John Galgano between March and December of 2020, explores the story of a woman whose voice was silenced and whose story was all but forgotten by her own country.

“As we wrote the music and lyrics for this album, John and I realized that the concept and story that inspired us was not just the story of one woman, but also the story of all of those who stay true to themselves regardless of the cost,” says Meade.

“There have been so many people throughout history – many of them women – who stand up for themselves, stand up for what they believe in, and experience great pain and suffering for doing so, their memories and voices lost along the way to gossip and rumor. I hope that this album, in some small way, honors and gives voice to the forgotten.”

From the pulsing forward-momentum of Leaving to the majesty of Iconoclast to the mystery and passion of Forgive Me, The Most Dangerous Woman in America explores the sincerity, emotion, and authenticity that so often lie beyond the gossip and sensationalism of fame and celebrity.

“This album was written to honor the forgotten: those whose stories remain untold, whose lives have been neutralized by those with unchecked power,” says Meade.

Meade’s new album features the songs Burned at the Stake and the title track, both available on April 23, 2021 for purchase by pre-ordering the full album at izzmusic.bandcamp.com and for streaming on Spotify.

Laura Meade’s The Most Dangerous Woman in America is available for pre-order now on the IZZ Bandcamp page: izzmusic.bandcamp.com (download) and will be available for streaming on all platforms on May 21, 2021. CD and Vinyl versions of the album will also be available for order soon.

Watch the video for Burned at the Stake here: www.youtube.com/watch?v=T2CilfxZ56I

Bandcamp Daily  your guide to the world of Bandcamp